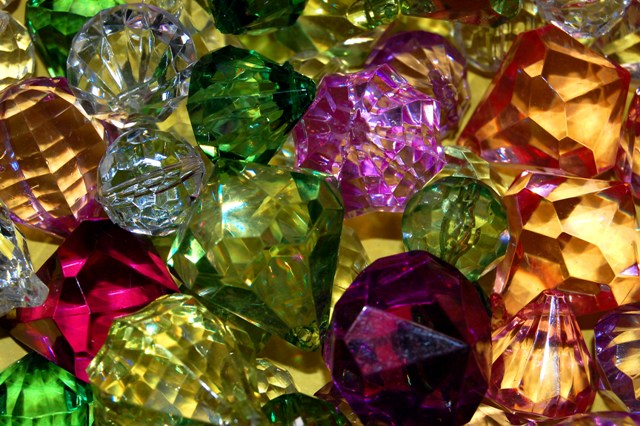 "Gold and glass cannot be compared to it,  Nor is any vessel of refined gold an exchange for it."

Even though glass wasn’t discovered during the Renaissance period, it did make a rebirth in that time period.

Other Units to go with this one:

Except for bronze, glass is the oldest manmade substance in the chronology of human industry. The ancient Egyptians held glass objects as valuable as gold. Little is known about the first attempts to make glass.

The Egyptians were the first to produce glass.

According to a study by British scientists in the Delta of the Nile, the Egyptians did not just imported ingots of glass from Mesopotamia (the region identified as the largest producer of glass in the world) but also produced from a mixture of quartz crystals with plants with high concentration of salt and heated to temperatures around 900 degrees.

The Syrians invented the blowpipe around 300 BC and the foundation of modern glassblowing was laid. The Roman Empire embraced these new techniques for making glass vessels and experimentation with a wide variety of new shapes and forms began.

Molds were developed in conjunction with the blowing techniques to make shapes and patterns on the glass. New formulas for color were invented and gold and silver inlays were used to decorate vessels. The first enameling techniques came about during this period and were perfected in Egypt and the Middle East. The production of glass became more affordable and widespread. Glass from the Roman era is sufficiently plentiful that modern collectors can fairly easily afford to obtain small vessels of this period. During the Dark Ages, most of the glassblowing knowledge in Europe was lost, leaving the more civilized Middle East to carry on the glass art tradition.

During the middle ages, Venice, Italy became the center of glassmaking as a result of learning the secrets of glassblowing through trade with the Middle East. In order to maintain their trade monopoly on glass, the government forced all the glassblowers in Venice to move to the island of Murano in 1291. Further perfecting their craft while in exile, the Murano glassblowers developed an incredibly clear glass called cristalo, along with new vivid colors such as deep blue, amethyst and emerald. Despite the fact that leaving the island was punishable by death, many Venetian glassblowers did manage to escape Murano and spread their new techniques and new colors throughout Europe and parts of Asia.

Another reason glass blowing was moved to Murano was because the furnaces represented a fire danger in Venice, whose buildings were mostly wooden.

It wasn’t long before the glass makers were the leading citizens of the island. The artisans were granted the right to wear swords and enjoy immunity from prosecution by Venetian state.

In the following centuries exports began, and the island became famous for glass beads and mirrors.

In the spring of 1612, a 36-year-old Italian priest published a book that is now perhaps the most famous in the history of glassmaking. The priest was Antonio Neri, and the book is L’Arte Vetraria, or The Art of Glass.  Neri was an accomplished herbalist, alchemist, and a skilled glassmaker. His little book would find its way into numerous languages, and would become the bible of glassmaking throughout Europe for more than two centuries. Now largely relegated to the shelves of rare book collectors, and to the footnotes of scholarly papers, Priest Neri’s passion, and brilliance are in danger of being forgotten.

Glass in its simplest form is made from pure silica which can be found in sand, quartz and flint. Silica, sand and limestone still make about 90% of the world’s glass.

The principal ingredient in all types of glass is silicon dioxide (SiO2).A common type of sand is made of this same substance. Silicon dioxide consists of a central silicon atom bonded with four oxygen atoms. Many solid materials are crystalline.This means that their molecules group together in a regular pattern. Glass is a non-crystalline substance. Its molecules do not group together in regular, repeating patterns. For this reason, scientists disagree about whether glass should be considered an “amorphous solid,” a “supercooled liquid,” or a third category of materials. For all practical purposes, glass behaves like a solid at normal temperatures but its irregular molecular organization is similar to that found in liquids.

It is the ability to soften gradually that allows glass to be manipulated in diverse ways and formed into both commercial objects and works of art.

How is glass formed?

Glass never becomes a solid because it has no crystalline (liquid-like) molecular structure. Within the three states of matter there is no place for glass. Glass combines the rigidity of crystals with the random molecular structure of liquids.

What are modern artisans?

The studio glass movement is a term given to the development of small, artist-run studios for the production of art glass beginning in 1962. Interestingly, for most of its roughly history, glass has been made entirely by hand in the setting of a small workshop. It was not until the industrial revolution of the nineteenth century that glass production moved to factories, where its manufacture was much more economical. 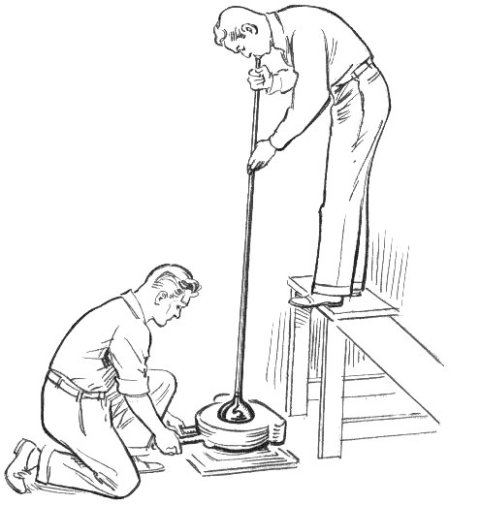 Blown glass is made in a hot shop where there is enough room for a furnac and several team members.

First the glassblowers mix sand and other ingredients in a melting pot or tank and heat it to 2150°F.

The mixture gradually melts and become molten glass. Molten glass is like a very thick liquid.

The gaffer or maestro is in charge of the piece being created.  First the gatherer takes the required amount of molten glass or a blob of glass on the end of his blowing iron. This hollow iron pipe has a mouthpiece on one end and a knob at the other.

A puff through the pipe forces the glass into a preliminary form. Then rotate and swing the blowpipe. Swinging lengthens it and rapid spinning flattens it. Size, shape and thickness depends upon the air blown into the glass, the angle of the blowpipe and the rate cooled.

The gaffer directs his team who blow the glass, help add color and use various wooden tools that are kept wet.

From time to time the glass must be returned to the “glory hole,” a reheating furnace, to keep it hot enough to be workable, about 1,800 degrees Fahrenheit.

What happens if the glass cools too quickly? The glass becomes brittle and breaks.

What happens if the glass gets too hot? The glass will melt too much.

Glass workers are proud of their work because they turn ordinary glass into beautiful pieces of art.

Lightning - The Power to Make Glass

Lightning has amazing powers. One bolts heats the air to 30,000 degrees Celsius. Lightning also has the power to make glass. When a bolt of lightning hits a sandy surface, the electricity can melt the sand. It fuses sand in the soil into tubes of glass called fulgurites.

Fulger is the Latin word for lightning.

“I want my work to appear like it came from nature so that if someone found it ...they might think it belonged there" 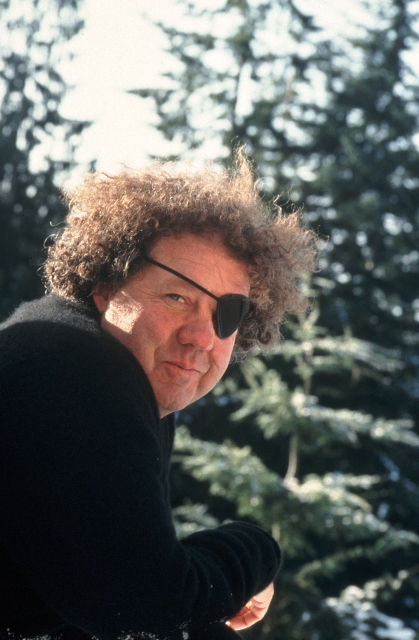 Who is Dale Chihuly?

Dale Chihuly was born in 1941 in Tacoma, Washington, United States and is a Slovak American glass sculptor and entrepreneur.

Dale Chihuly has been called the foremost studio glass artist alive. Since the time when he first wove strips of glass and thread into an unlikely wall hanging, Dale Chihuly revolutionized the world of glass. His work is formal and sophisticated, yet elegant and somewhat playful. Unlike many glass artists, Chihuly focuses on the aesthetic rather than utilitarian aspects of glass design. Chihuly works have been on display in such places as the Louvre, the Metropolitan Museum of Art, the canals of Venice, and of course, the San Jose Museum of Art. 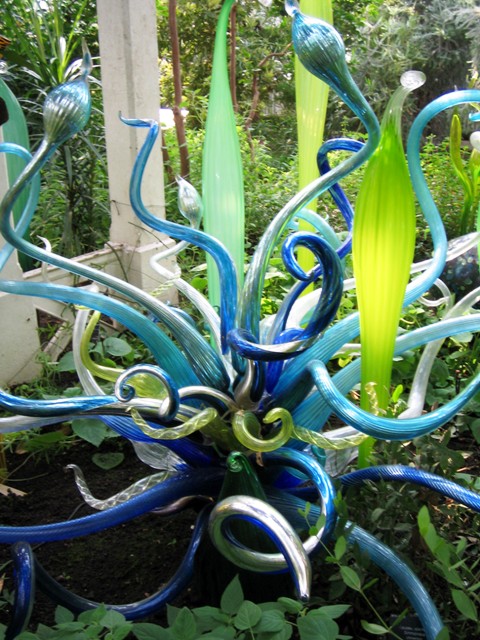 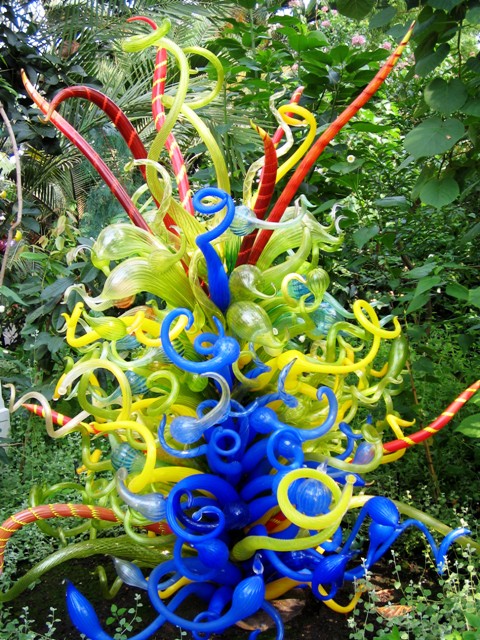 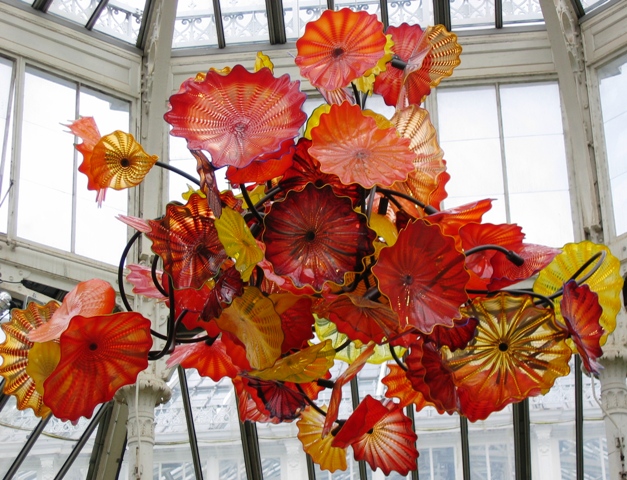 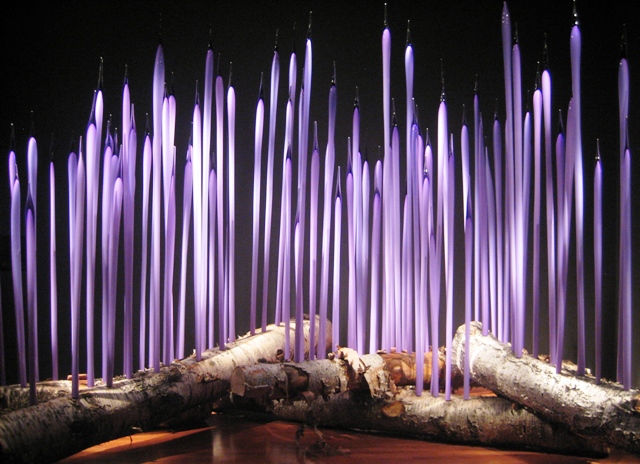 furnace:  an enclosed structure heated to a very high temperature so that substances put inside, such as glass, will melt or burn.

gaffer or maestro: the leader of a glassblowing team and the person in charge of a glass piece that is being created. The word maestro is Italian for “teacher” or “master.”

gather: a blob of glass, on the end of the pipe.

glassblowing:  blowing air into a tube to form heated glass into objects.

marver:  a smooth, flat steel plate on which glass is rolled.

opaque:  preventing rays of light from passing through, and therefore not transparent.

properties:  qualities of a substance or material that can be used in a particular way.

translucent:  allowing some light through. 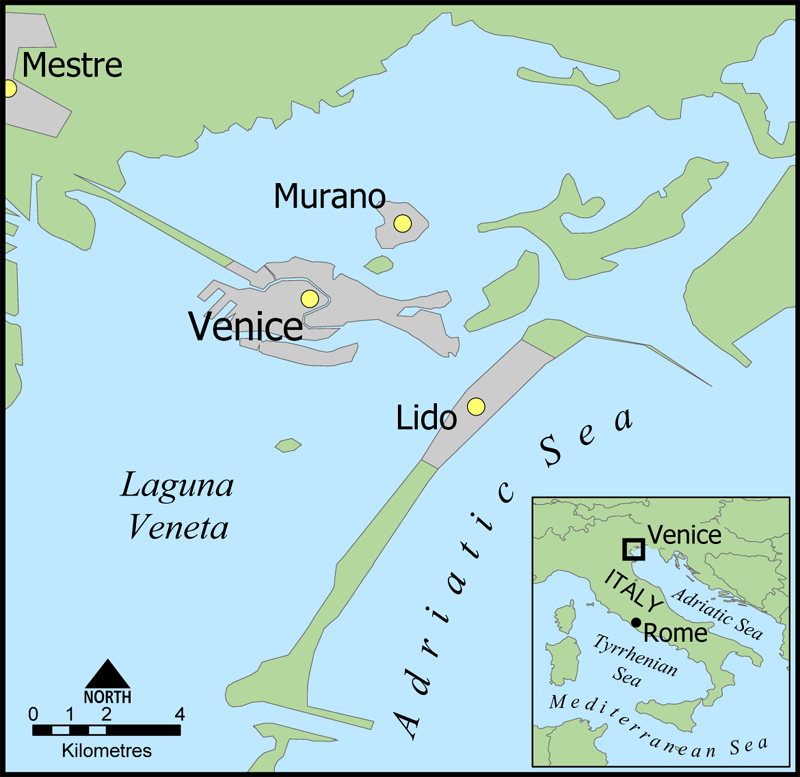 Today, even though the art of glass blowing has been shared all over the world, Murano is still called the Glass Island.

Pieces to color, decorate and put on front of lapbook or notebook page. 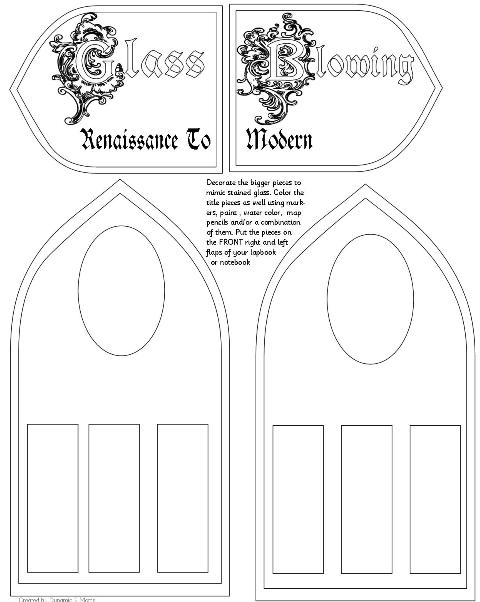 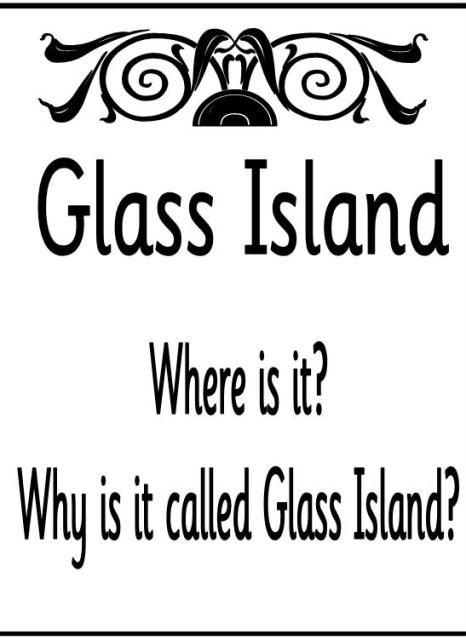 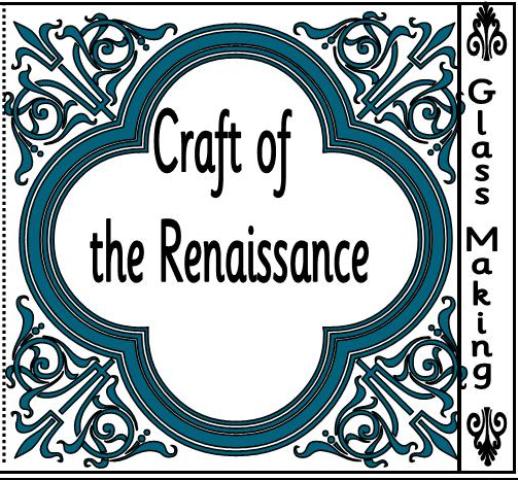 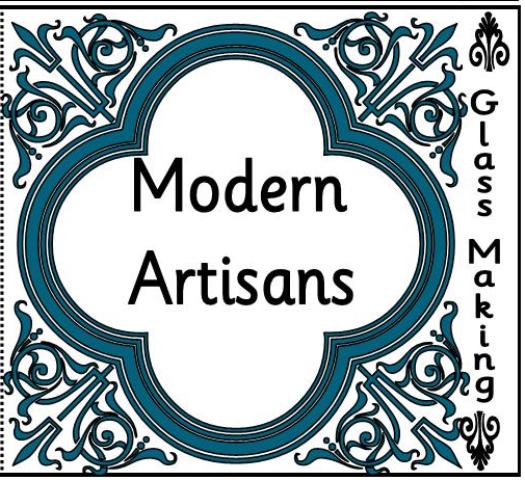 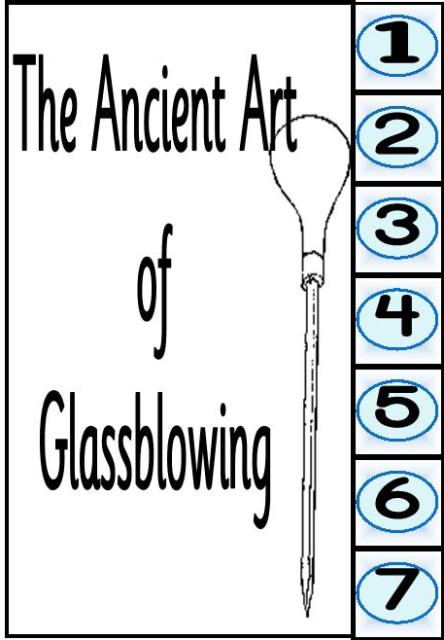 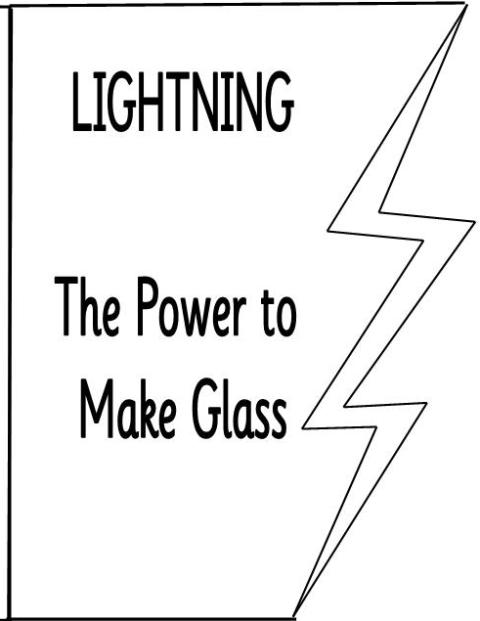 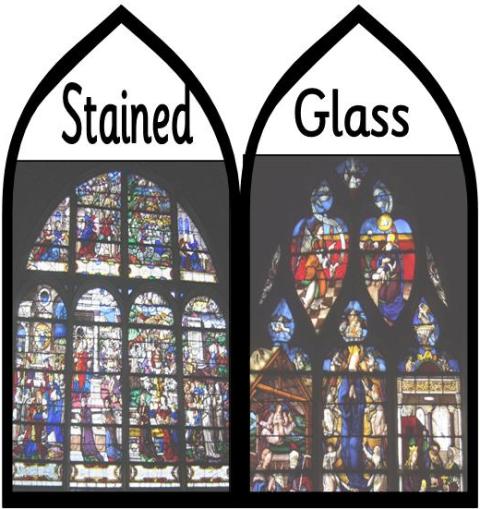 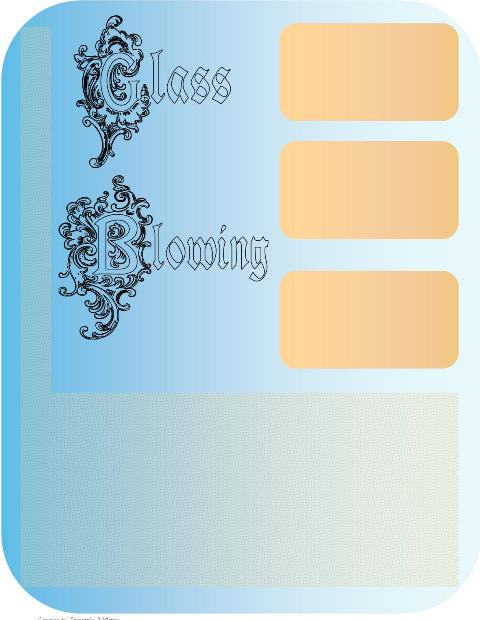 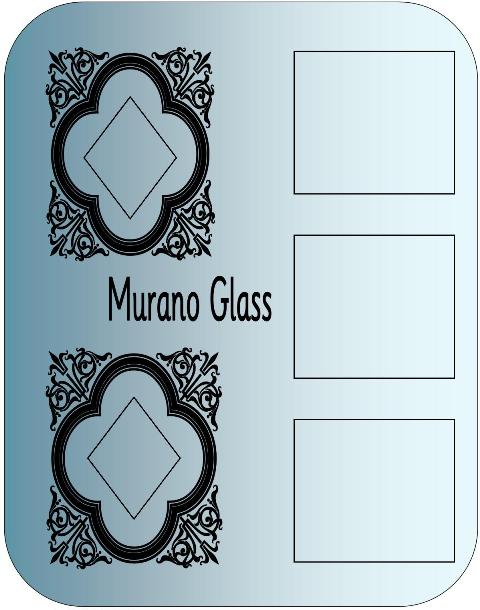 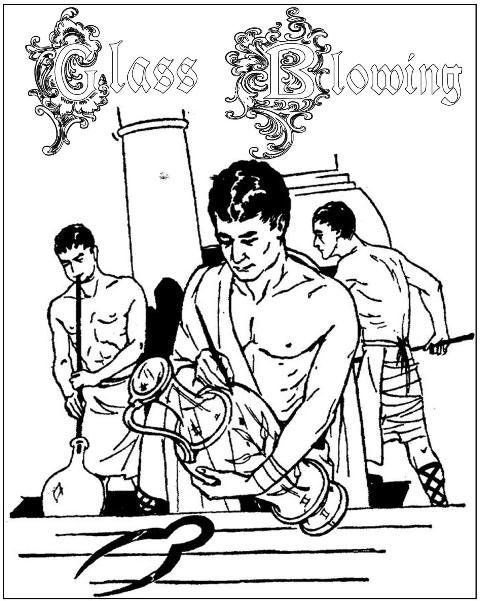 We love ALL of your wonderful emails and comments. This will now give us a place to store them. Please take time to let us know your comments here.